Mary Queen of Scots: a thoroughly modern take on one of history’s greatest rivalries

2019 has gotten off to a pretty good start, as far as historical films are concerned. So far we’ve had The Favourite, Colette and now Mary Queen of Scots: all of which are linked by a couple of things: excellent production design and, more significantly, giving the spotlight to the women of history.
This time, the focus is put on one of British history’s most studied and recounted periods: the reign of Elizabeth I and the challenge to her throne by Mary I of Scotland. Plenty has already been said and done about this conflict, including a major film back in the 1970s that courted Oscar glory. With all of this in the background, what does first-time film director Josie Rourke bring to the table? 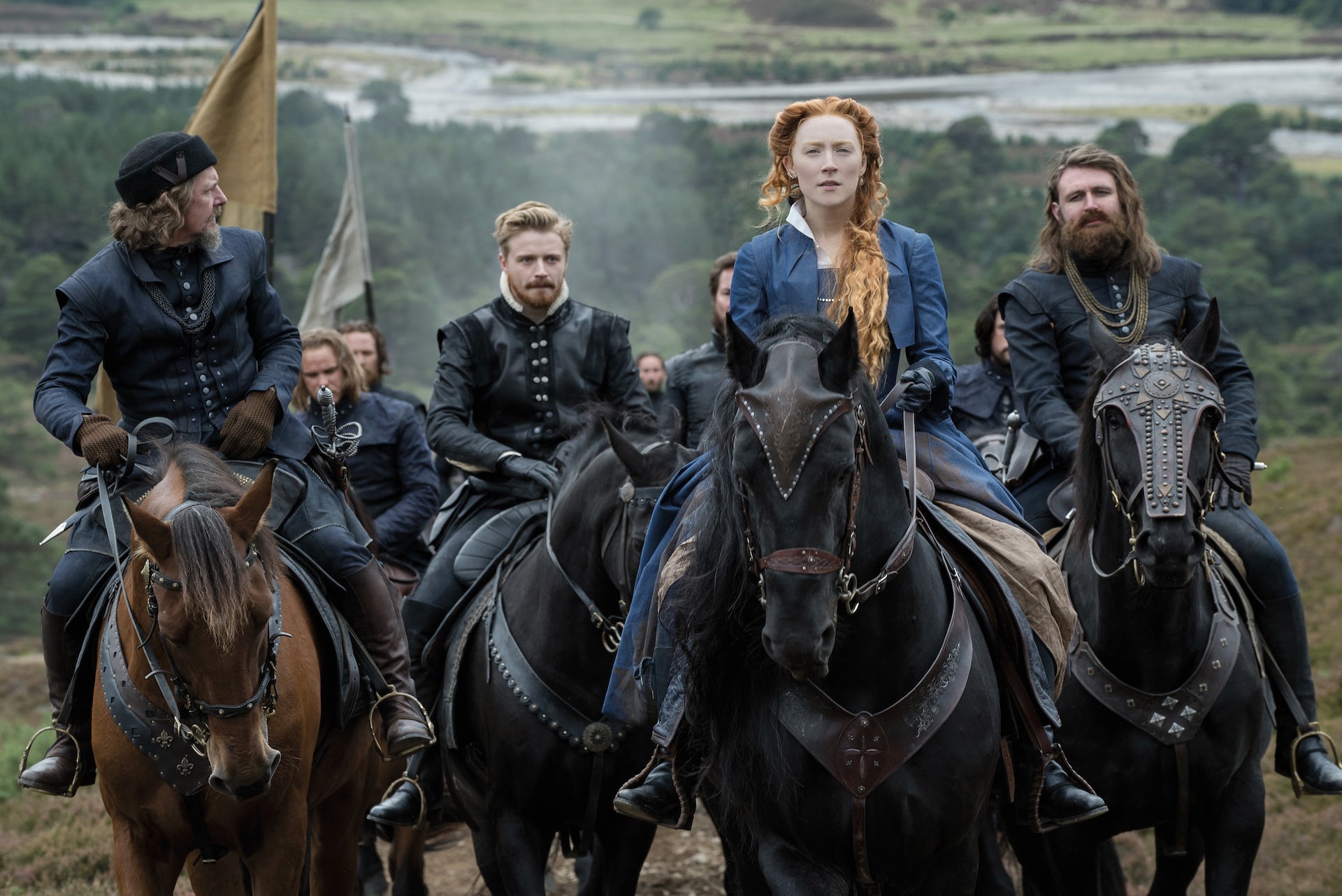 Well for starters, Rourke has delivered a beautifully shot and fundamentally cinematic film; making the absolute most of its wide, natural surroundings and very well constructed, claustrophobic interiors. At first glance, and without any prior knowledge, I wouldn’t have been able to tell you that this was a director’s debut, and while Rourke was no complete stranger to directing – she’s had a very successful career in theatre – her transition to film direction is thoroughly impressive.

The lead performances from Saoirse Ronan and Margot Robbie – playing Mary and Elizabeth respectively – complement each other impressively; two cousins separated by their ambitions, religions, and the men that have positioned themselves around the two queens. Both roles are very well played, but Ronan absolutely owns the film. Robbie’s performance is not to be sniffed at either, and she manages to keep her character of Elizabeth from descending into caricature, even when the wigs get more obvious and the make-up gets thicker to cover her scars from the pox.

By avoiding the potential pitfalls of portraying such a contrast, Rourke is able to give us a film that pits two strong, sympathetic women against each other purely for the benefit of the men around them. In both England and Scotland, Elizabeth and Mary are often used as targets, or bargaining chips for their male advisors and, in Mary’s case, husbands. The conniving, often headstrong actions of the male characters here end up being the main reasons why relations end up becoming so fraught between our two leads – it almost begs the question of whether Elizabeth and Mary would have reconciled if not for the men in both courts. Going by this film, maybe Mary wouldn’t even have met the fate she ultimately did if not for the male privy council.

It’s the post-Me Too version of this story, that remembers that both women here are monarchs and not just women, no matter how much the men in this story might dislike it – there’s one conversation between two male advisors in which they directly express how maddening they both find it to be at the service of women. While the two female leads find more comfort and sound advice in their ladies-in-waiting, it does still feel as though both are isolated, almost trapped by their position and their gender.

Unfortunately Mary Queen of Scots isn’t a perfect run. While there’s a lot to commend on the acting, directing, sound and design, the film has some serious issues with pacing, and about two thirds in the whole thing slows to a glacial pace. Obviously there was a lot of the actual history to get through, but everything was going so well up to then that it was a shame that the film lost me when it did.

The liberties taken with historical accuracy in some parts were for the most part no issue here, where they have been for other parties. That said, the lack of any substantial inclusion of the Babington Plot feels like an oversight and a missed opportunity to finally pin the blame for what happened on those that have been scheming all this time. Worst though is probably the heavily trailered – and entirely fictional – scene where Mary and Elizabeth meet.
Being a made-up meeting is no bother for me – films are going to take a bit of artistic license here and there – but the execution was completely botched. The whole set for the meeting looked like a 1980s music video, with both Elizabeth and Mary talking through sheets until they come face to face for one last conflict. It was so distracting that I couldn’t get engaged from that point on, and it tarnished for me a very enjoyable movie until then.

With all of this in mind, Mary Queen of Scots is still a good film, and a mightily impressive one for a new director. In an industry that is still refusing to actively address the disparity between men and women, it feels like a strong statement of intent from a fresh face. I can only hope that this is the starting point for a something more substantial.

One thought on “Mary Queen of Scots: a thoroughly modern take on one of history’s greatest rivalries”