Suspiria : Dancing in the Dark

The remake of Dario Argento’s 1970s classic horror has rubbed some people up the wrong way, but does it work on its own merit?

As someone who is especially fond of horror, it feels tantamount to blasphemy to admit that I have never seen Dario Argento’s 1977 horror classic, Suspiria. I’m well aware of its legacy and influence, however, so when it was announced that Luca Guadagnino of Call Me By Your Name fame was directing a remake/reimagining of the story I was immediately intrigued.
So the new take on Suspiria came out very recently and reviews have been mixed at best, the most vicious of which have come from people completely enamoured with Argento’s original. That left me with more than a bit of trepidation going into the screening: would this be a pale imitation of a beloved classic, or would my lack of prior experience with the story allow me to find something in this?

In short, my reaction was very much in the latter category.

For the uninitiated, Suspiria is the story of an American dancer who comes to Berlin to join an acclaimed dance academy, who discovers that the school may be a front for a sinister coven. As with all of these films, things take various twists and turns before the truth is revealed – I’m giving nothing more away than that.

What struck me most about Suspiria was just how deliberate the whole film felt. Like the Volk dance around which the film is centred, Guadagnino makes sure that every important movement or gesture is captured from the get-go. Whether it’s someone’s hands being positioned in a certain way on their deathbed, or someone touching a piece of wall, everything feels like one step in a greater piece.
This can be a bit patience testing for some, especially within a 2.5 hour film, but it’s so worth the film’s build-up for its crescendo alone.

The spooky goings-on of the dance school are slowly revealed through a sub-plot involving one of its students and a psychiatrist, played by Tilda Swinton in one of three roles here, as they investigate the truth behind the school’s facade. It’s a move that calls back to the original’s Gialli roots, and a handy device to really unpick what’s at the heart of this film.
To paraphrase a famous film critic, Suspiria isn’t a film about dance or secret circles. All around the dance school, both literally and figuratively, is the shadow of post-WWII Germany – the entrance to the academy is directly facing the Berlin Wall – and the guilt of those that survived the atrocities therein. As the school’s true purpose is slowly uncovered, so the truths of each of its characters – and Germany itself – are revealed.

Of course, this is all secondary to the film’s main purpose: to scare. What a joy it is then, to say that this film scared the life out of me. From beginning to end there’s this atmosphere thick with foreboding, and when the film’s horrors are brought from background to foreground, it left me with images that I doubt I will ever be able to truly scrub from the memory. Again it comes down to that precision of choreography to have these things touch just the right nerves, and Guadagnino excels at eliciting real terror from every frame – no mean feat for a director who on paper alone doesn’t appear to be that intimately linked with the horror genre. 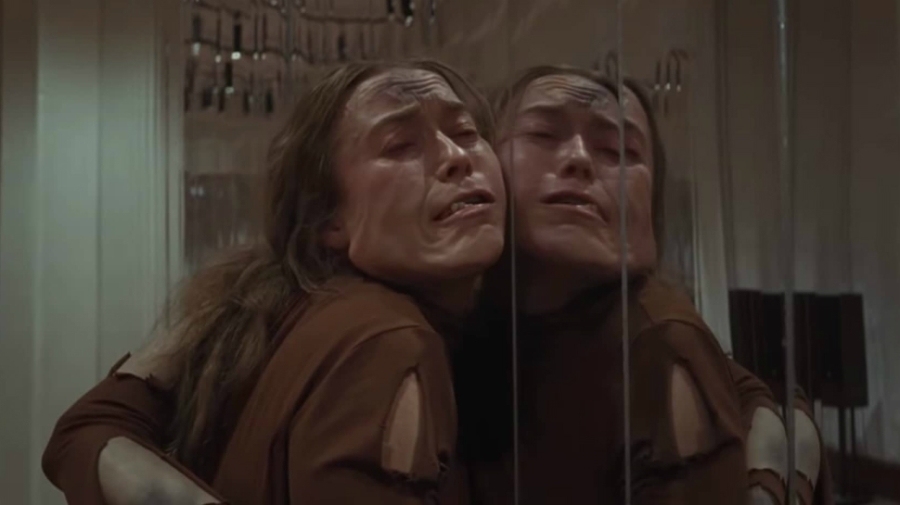 This all goes without mentioning the performances throughout, and while I touched on it briefly before it really needs mentioning endlessly that Tilda Swinton is a dominating influence throughout Suspiria. In her two main roles – I’ll avoid mentioning the third here – as the psychotherapist investigating the school and as one of the academy’s faculty, her presence is writ large from beginning to end. Dakota Johnson gives a fantastic performance here as the film’s protagonist Suzie Bannion, and like Kristen Stewart before her seems destined to flourish in smaller projects after having wrapped a major film series. 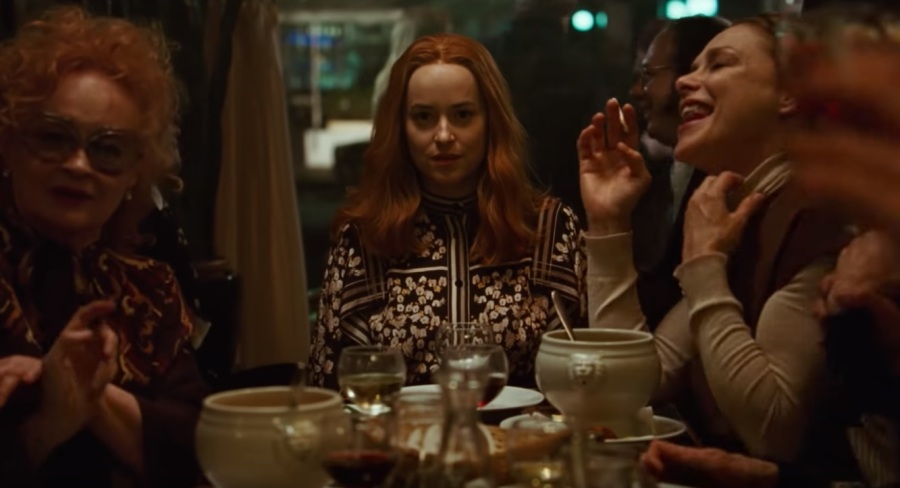 There’s so much more that I could mention about this film and I may well do down the line, but for now I’m delighted to say that Suspiria is a fantastic experience and one of the most unsettling films I’ve seen in a long while. As a horror fan that gives me a great deal of joy, and limited as its run may be, I hope that many others get to encounter the same thrills and shocks that I enjoyed.