A history of the Dr Seuss films churned out by Hollywood

On the day that the latest feature-length adaptation of How The Grinch Stole Christmas is unleashed upon this Earth, I look back at the previous efforts to translate Dr Seuss to screen and ask: why must Hollywood persist with this course?

Dr Seuss’ oeuvre of short stories has done the rounds for decades; more so in the US than over here in the UK, but there was still no getting away from them in bookshops growing up. Most if not every book he released is full of invention, colour and craziness for kids to get stuck into, so it was only a matter of time before Hollywood stuck its grubby mitts into the books to make a bit of money – oh and some films.

It wasn’t until the turn of the 21st Century that we’d get our first cinematic Seuss outing (there are a heap of TV movies that are beloved by many people and are honestly just okay). 2000 saw The Grinch made in glorious live-action, with Jim Carrey in full rubber and fur to play ol’ mean and green.

With all the best will in the world, and speaking as someone who loved the Jim Carrey version of The Grinch as a kid, it’s probably an understatement that the live-action adaptation missed the mark as far as cutesy visuals go. 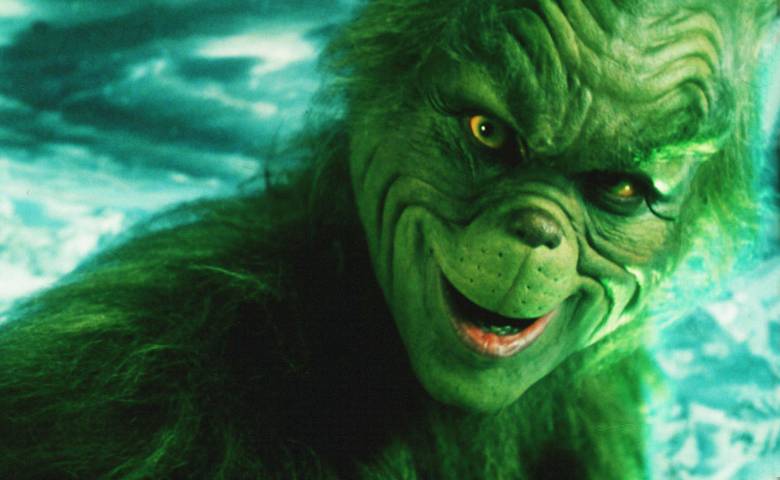 Looking back at The Grinch now, not only is it a visual hellscape but the film itself is, dare I say, a bit dull. By needing to stretch a small picture book out to cover 90 minutes minimum, the writers and director had to give Carrey et al more to do than simply steal Christmas. As a result, we have – ugh – an origin story for The Grinch, as Cindy-Lou Who undertakes some investigative journalism and figures out why The Grinch got so Grinchy.

So anyway the film came out and made a ton of money – it’s the second highest grossing Christmas film after Home Alone – so naturally we were set to be subjected to more Seuss inspired fur suits and more nightmare fuel.

Sweet merciful Christ, someone thought this was a good idea. So in 2003 Mike Myers was tasked with bringing Seuss’ iconic Cat in the Hat to the big screen, and by all accounts it was terrible. I admit, as with The Grinch, I did enjoy The Cat in the Hat when I was younger and knew no better, but looking back on it with wiser eyes it’s an absolute horror show.
Following the trend set by The Grinch, we’ve got a short book dragged out to justify a cinematic release. Unnecessarily dragged out sequences, a massively contrived plot and jokes that push the definition of appropriate to the edge.

Thankfully, Dr Seuss (real name Theodore Geisel)’s widow Audrey Geisel put an end to any future live-action films of his stories, but clearly these things made money so filmmakers intent on adapting more of these stories were left to rely on animation to get a quick buck. The first experiment on this was 2008’s Horton Hears a Who! which, well, I mean did anyone watch that?

The most barefaced effort to exploit Seuss for money was with that adaptation of The Lorax. Originally a cautionary tale of environmental destruction for profit and the need for people to care a whole awful lot, it became a vessel for awful songs:

Not to mention adverts for cars:

Yeah, I’m not sure what the thinking was there, but probably not the best idea to have THE LORAX WHO SPEAKS FOR THE TREES as a mascot for Mazda.

So after every feature-length film has come out mediocre to bad, why does Universal – soon to be Warner Bros. – insist on carrying on with their exploitation of beloved children’s stories?
Much like The Once-ler in The Lorax, it’s all about the business of profit. Aside from The Cat in the Hat which rightly made a loss on its budget, all of the Dr Seuss films to date have done around $300million at the box office – tidy little earners by any account.

It’s probably fair to say that this latest animated take on The Grinch will surpass that, partly down to it being made by Illumination, aka those responsible for the Minions. No matter how it does at the box office, lets hope that this effort is at least more enjoyable than the previous Seuss releases.

Not that that’s any kind of challenge, to be honest…