First Man is a film designed to skyrocket to awards success

Damien Chazelle’s third feature film takes on the most significant event in human history, but is it a soaring success or is there a failure to launch?

There’s not a person alive who hasn’t at least heard of the first moon landings back in 1969. Pretty much every year there seems to be another documentary or book released, detailing the run-up to the launch of Apollo 11. It was inevitable despite that saturation, that a feature film of Armstrong, Aldrin and Collins’ history-making mission would make its way to the big screen at some point, but how could First Man do that in a way that treads any new ground? 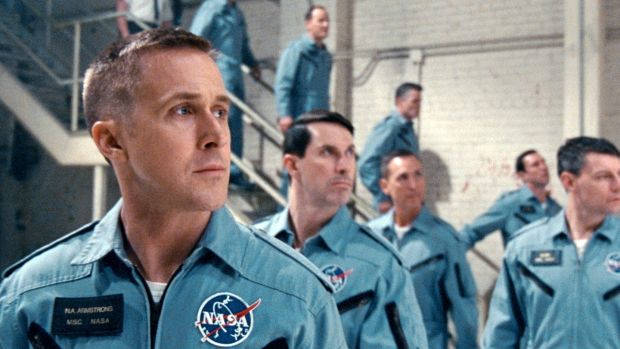 For starters, having a director like Damien Chazelle is a plus. After the success of Whiplash and La La Land it’s curious to see him take on a project that has a relatively straight story, but Chazelle’s own brand of visual storytelling and energetic camera work lends itself well for much of the film’s running time.
Given the potential for awards – and this film has been tailor made for maximum accolades – Chazelle has managed to get another solid cast together here. His old pal Ryan Gosling returns from his adventures as a white guy saving jazz to play astronaut extraordinaire Neil Armstrong, and Claire Foy does her best with a weirdly written Janet Armstrong – a woman who should find herself torn between wanting a normal life in middle America, and embracing a future of standing in the sidelines as her husband becomes the most famous man in the world, but in First Man this is depicted as her crying and shouting a lot while life moves around her.

As with all these films there’s a small army of character actors moving around these two main characters, and everyone does a solid enough job to keep things ticking along. That said, there are a few characterisations on top of Janet’s that seem a bit off, to put it lightly (maybe Buzz Aldrin said something about Damien Chazelle’s mum one time?).
Aside from the occasional glance at a news story of the Soviets beating the USA to another space-based achievement, there’s never any hint that this is an actual race to the top – and consequently no stakes to get invested in. In fact the most intense character moments are between Neil and Janet at home, and while there’s definitely value to be had in casting this against the build-up to Apollo 11’s launch, First Man threatens to undermine the latter entirely to give that domestic struggle more heft. 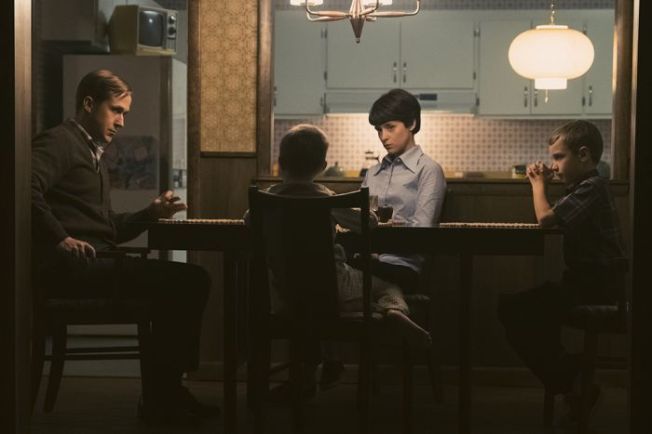 Perhaps the biggest problem here though, and it’s an issue that is symbolic of the movie as a whole, is Ryan Gosling’s performance. Don’t get me wrong, I am a fan of the guy but his portrayal of Neil Armstrong here is aiming for stoic but more often than not hitting wooden. Again it’s only in the film’s final moments that Gosling really gives any impression of capturing him, and that’s simply because he’s delivering the famous words uttered by Armstrong upon landing.

It’s a shame because when First Man gets going, it’s really quite something. Chazelle’s aforementioned brand of kinetic directing is perfectly suited to capture the terrifying experience of going to space in what was essentially a giant tin can, and the launch sequences are genuinely scary. This culminates in the launch of Apollo 11 itself, and from that point the film goes from being a bit of a mess to something quite extraordinary – even as far as leaving me in a bit of an emotional state by the end.
Of course, a film leading up to the First Moon Landing was always going to save the best to last, but it’s such a contrast in quality from the rest of the film to here that it almost feels like the preceding action was rushed through to justify a feature length release.

Regardless, it’s those moments that saved First Man for me in the end despite the many issues. There’s good intent there and it’s a case of the total being less than the sum of its parts here.
First Man is ultimately a small misstep for Chazelle et al, but one can only imagine what could have been if everyone involved was prepared to risk a giant leap.