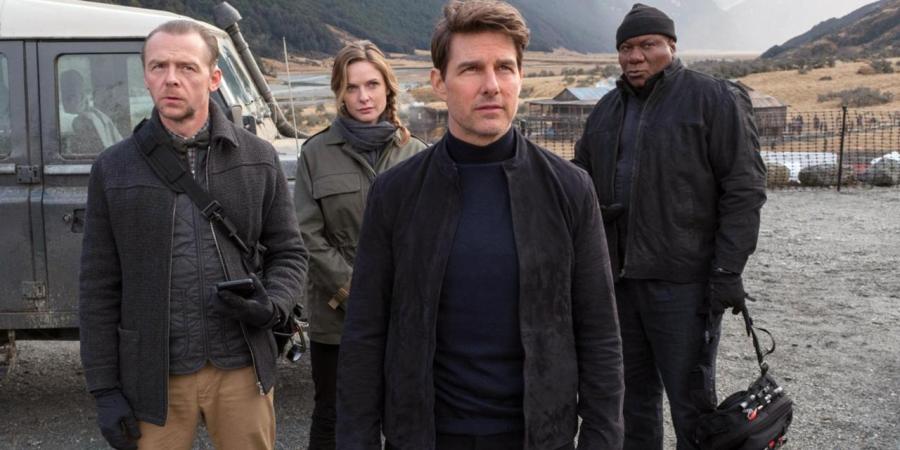 The sixth instalment of a 22 year old franchise, starring an ageing movie star with a death wish really shouldn’t be this much fun.

Let’s everyone give it up for Tom Cruise. The guy is pretty much the last movie-star standing and at 56 years young he’s still pushing himself to the limit for his art. Sure, the guy’s a bit of a nutter based on media appearances and religious preferences, but if Mission: Impossible – Fallout is anything to go by, a little madness goes a long way.

The Mission: Impossible franchise – barring the John Woo awfulness of 2 – has been on pretty consistently enjoyable form for the last 22 years. With Fallout, the franchise changes things up by being the first direct sequel in the series, following on from 2015’s Rogue Nation. This time, Tom Cruise’s Ethan Hunt is rounding up the last of the Syndicate baddies from last time out, and trying to avert nuclear apocalypse. For the most part he’s aided – and sometimes hindered – by series regulars Simon Pegg and Ving Rhames; Rebecca Ferguson returns from the last instalment too, and continues to be the best thing she’s in. Henry Cavill is the newcomer to the series here, and the best thing he does is the weird arm-reloading thing from the trailer.

Overall though it’s the Tom Cruise show: here he’s flying aircraft, jumping out of aircraft, riding motorbikes, falling off motorbikes, breaking his ankle on roofs and not doing the above, all in the space of 2 hours and change. There’s a lot going on here and it’s tightly packed into Fallout‘s running time; thankfully the film never outstays its welcome. I’ve seen a lot of action movies in my time and there are sequences here that are arguably among the best ever committed to film.

Given the all too timely threat of nuclear warheads going off, Fallout is an understandably intense experience. That said, it’s still able to keep things from getting too dark – despite some particularly brutal scenes of violence (don’t take the little ones) there’s still plenty of cracking wise and cool quips. It’s no small thing to say that the M:I series feels like it’s become the franchise Bond wishes it had evolved into. Seeing as Rogue Nation was basically the same film as Spectre but better, it’s not an outlandish statement either.

Despite the praise lavished on this movie so far, Fallout isn’t a perfect film by any stretch. The dialogue is a bit ripe at times and some characters get lost in the mix (sorry Angela Bassett). It’s also sorely missing Jeremy Renner’s Brandt – the most fun character from the last couple of movies – though it’s probably fair to say Renner’s schedule was full from all the Avenging he’s probably doing in next year’s big superhero release.

They’re minor quibbles overall though, and Mission: Impossible – Fallout comes out as the best instalment so far of this franchise. In fact, I’d go so far to say that along with the two The Raid movies and Mad Max: Fury Road, it’s one of the best action films that have come out of this decade so far.

Whether or not Tom Cruise has it in him to do it all again and more for number 7 (and surely the box office will demand at least another instalment), the Mission: Impossible series has proven it has stamina to spare after more than two decades. Should he choose to accept it, I’ll be more than happy to watch another Ethan Hunt mission; especially if it’s half as good as this.

And one more time, because it’s just so cool:

2 thoughts on “The old dog has some really cool new tricks in Mission: Impossible – Fallout”